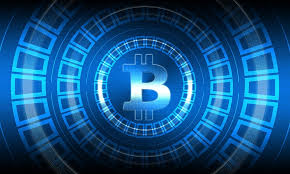 Exactly at what point do we transition from feeling sorry about a problem and become a part of the solution?

This was running through my mind after having participated in a business meeting that contributed about 300 plastic bottles to our environment. This number is but a drop in the overall 100 million bottles that we thrash globally every single day. It’s appalling, to say the least!

Usually, I would feel bad about an incident like this, crib about it to family / friends & forget about it in a few days. This time it was different.

Soon after, I identified a series of events that generate a similar number of plastic bottles every month into the environment. I suggested to my colleagues that we ought to stop this & switch to a better alternative. Most of them supported it whole heartedly. And thus, we have collectively initiated a change.. a change for the better.

Why did I deviate from my usual routine to do what I did. A big part can be attributed to a social media post similar to this by someone I admire. That post was on top of my mind & when an opportunity cropped up, I took action.

Hence this post. In the hope that it will inspire & prompt some more action. It’s a complex issue & needs a lot more of us to be a part of the solution.

When I started riding a motorbike (my first ever) two years ago, I got into the habit of using four fingers to operate the clutch. It was probably because of the belief that I had to press the lever fully for proper gear changing.. like in a car. Doing so has become a part of my muscle memory now.

Over the last few months, I’ve been trying to pick some off roading skills. And I’ve discovered that using 2 or 3 fingers for clutch control is a game changer. Since then I’ve tried to clutch with fewer fingers.. but never succeeded. Until today.

But, it wasn’t to be. I was scared of crushing my fingers between the handlebar & the gear lever. I always thought four fingers are a must to declutch properly. I didn’t want to risk trying a new skill… it felt weird. My hand – foot coordination was severely compromised whenever I tried it.

Upshifting was relatively easy, downshifting not so. The hand – leg coordination just wasn’t working. It took a lot of conscious effort. Discomfort zone.

But, a start was made. And I’m definitely on my way to developing the two finger clutching skill.

Disclaimer: I’m a biking & off roading noob. Sharing my experiences, is an attempt to solidify my learning.

Corn is available at the click of a button in our cities. But the experience of having warm boiled corn on a cold foggy Ooty ride from this old couple is something else!!
READER ALERT - REPEAT STORY